OVERVIEW OF OUR HISTORY THE FOUNDING OF THE CONGREGATION

– His missionary strategy would not rely on individual missionaries, but center around a monastic community.

– The monastery would be a home for children and would train young natives in workshops directed by the brothers.

– The beauty of the liturgical celebration was to be a significant attraction in missionary work. 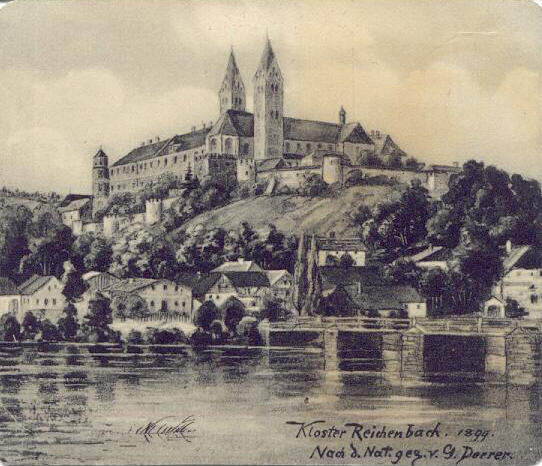 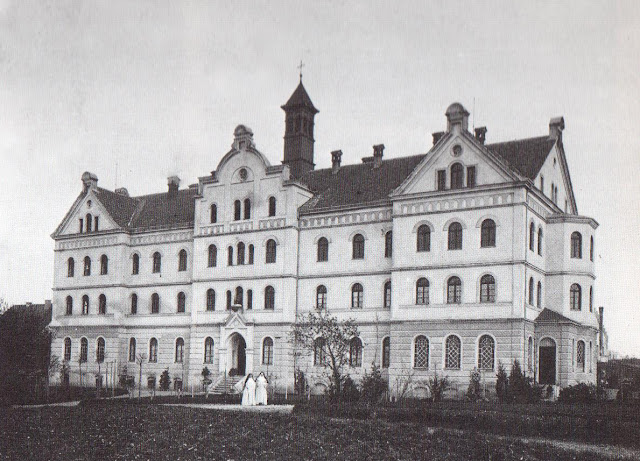 In 1887 the Reichenbach community transferred to Emming, Diocese of Augsburg. Later, the name St. Ottilien in honor of the shrine there was used. That same year, the sisters opened a daughter house by Lake of Starnberg with the help of the three Ringseis sisters. 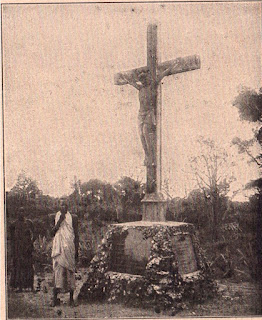 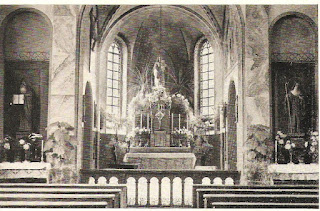 Some sisters moved from Emming to the new daughterhouse Maria Hilf, Tutzing (June 10) 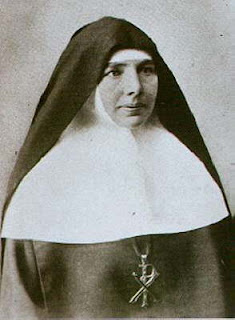 Already in 1887 the first missionary sisters are sent to the apostolic prefecture of South Zanzibar East Africa. With great sacrifice, deprivation and suffering the Sisters would establish themselves in East Africa. Today, the Priories of Ndanda and Peramiho alongside the two Abbeys, flourish in the southern regions of Tanzania. Their extensive ministries include quality health care hospitals and clinics, primary, secondary and vocational schools, pastoral services and more.

In July 1903 (July. 21), eight missionary sisters arrived in Olinda, Brazil. Aready in 1905 two sister from Olinda traveled to the south to establish another foundation at Sorocaba. In 1995, the Sorocaba Priory received five members of a Pious Union in Buenos Aires,  Argentina. Today in Brazil and Argentina, the sisters minister in many pre-schools (creches), primary and secondary schools, some health care institutes and in many social and pastoral activities.

Transfer of the sisters from St. Ottilien into a new motherhouse in Tutzing.  (July 29)

In 1906 five sisters arrived in Manila, Philippine Islands at the invitation of Dom Ambrosius Agius, OSB, Apostolic Delegate, to assist in the religious education of youth. Now, the Manila Priory has an extensive network of educational institutions from pre-school through college, far-reaching social activities, and a well-equipped health care institution in Tacloban.

In 1914, Sisters began in Bulgaria, Zarevbrod (Generalate District)  to aid the Germans settlers by education. Later under communist regime the sisters served in the ajoining psychiatric hospital.  With the end of the Communist Regime Bulgarian sisters were able to freely reunite with the Congregation.  Today the sisters are active in socio-pastoral and catechical ministries.

In 1920, expulsion of the German Sisters from East Africa allowed the Congregation to start a new mission in South Africa and Southwest Africa, now Namibia. The Sisters of the Priory of Inkamana continued to minister in education and health care until 2000 when the Twasana Benedictines took over the activities.
In 1999, fifty-eight Namibian Benedictine Sisters were integrated into the Congregation and incorporated into the Windhoek Priory. Today, the Priory of Nubuamis, Windhoek serves in pastoral and educational activities in small and rural communities, besides administering the Roman Catholic Hospital of Windhoek.

In 1923, four sisters are sent to the United States to minister to the German settlers in the Midwest. Later, the Priory of Norfolk is established and the sisters serve in health care, education and pastoral ministries.

In 1923, the Church gave recognition as “Religious Society of the Benedictine Sisters of Tutzing as a Congregation of Diocesan Right” .

In 1925, the sisters arrived in Wonson of what is now North Korea. After much suffering and imprisonments during the Korean War, a new Priory was established in Daegu of South Korea.

Since 1931, the Sisters have worked in the rural regions of Angola. Today, an Angolan novitiate with community is located in the capital city of Luanda. Smaller communities serve in other areas. These Portuguese speaking sisters are part of the Torres Novas Priory with the seat being in Portugal. 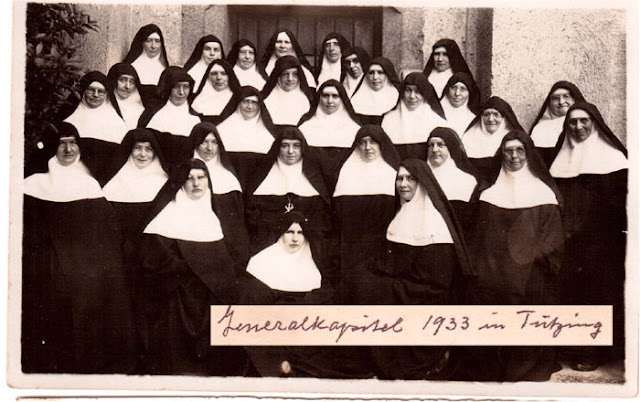 Final approbation of the Constitutions (Jun. 25)

Return of the Sisters to the Tutzing Motherhouse (May. 08)

For a period of 15 years, 1946-1961, sisters served in Japan in two kindergartens. These were turned over to other congregations. 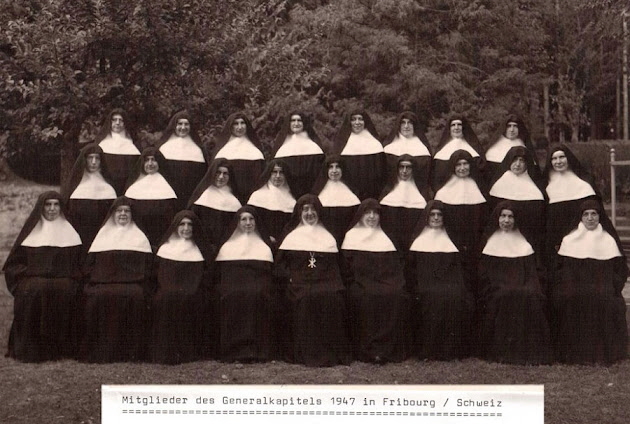 13 Korean Sisters fled individually to South Korea: the Sisters met coincidently at Jungang Parish in Busan (Dec. 08), where they continued their religious life.

In 1953, the Congregation established a Generalate House in Grottaferrata near Rome. (Sep. 15) 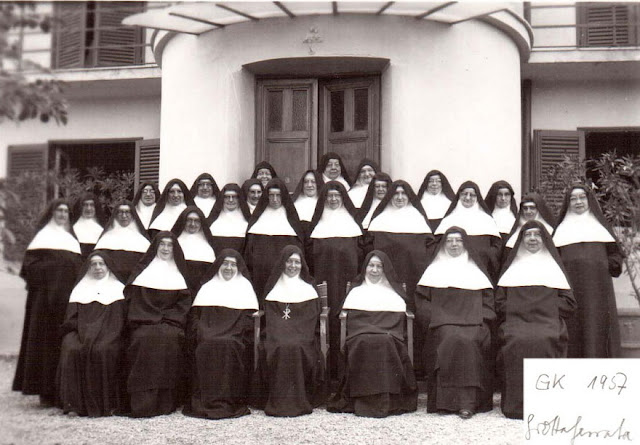 In 1961, a community was founded in Portugal. Today, the Torres Novas Priory,  located in Portugal,  includes our communities in Spain and Angola. 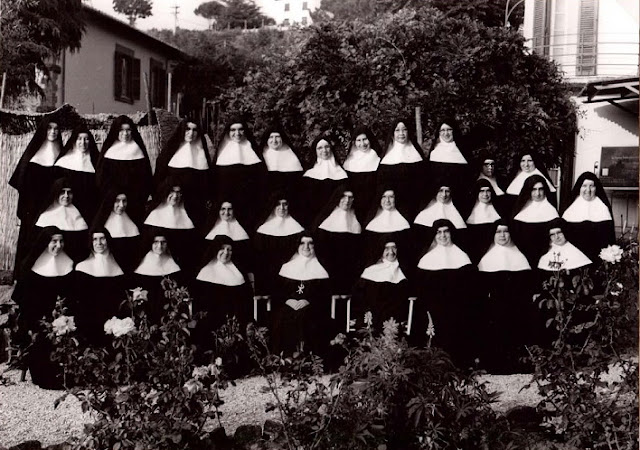 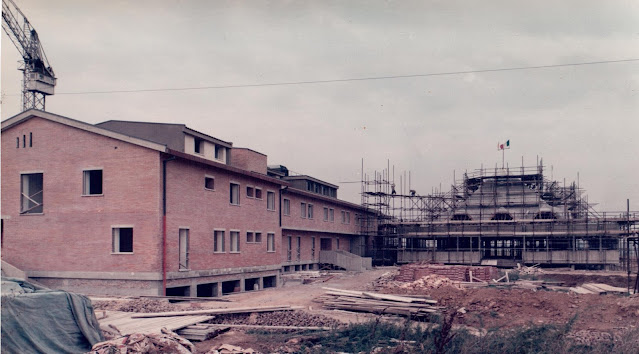 The Generalate House moved from Grottaferrata to Casa Santo Spirito, Rome (Apr. 22)
The structure provided for a guesthouse ministry as well.

In 1973, sisters from Peramiho Priory in Tanzania began missionary work in the Kerio Valley of Kenya. In 1981, the first African novitiate was opened in Nairobi. In 1987, the Sacred Heart Priory was erected in Karen-Nairobi.

Approval and confirmation the our new Constitutions after the Second Vatican Council by the Sacred Congregation for the Evangelization of Peoples or Propaganda Fide (Jun. 29)

Seoul Priory of South Korea established (Nov. 16)  Daegu Priory expanded dramatically until in 1987, when a second priory was extablished in Seoul. The two priories maintain many small and larger communities serving in pastoral, medical and educational settings.

In 1993, the Sisters formed a community to serve in the medical field in northeast China. This ended in 2007.

Official Opening of St. Benedict’s Center in Jinja, Uganda with a dispensary and a kindergarten. Today the sisters serve in the health center, primary school and in agricultural and socio-pastoral work. Jinja, Uganda shall be bold. 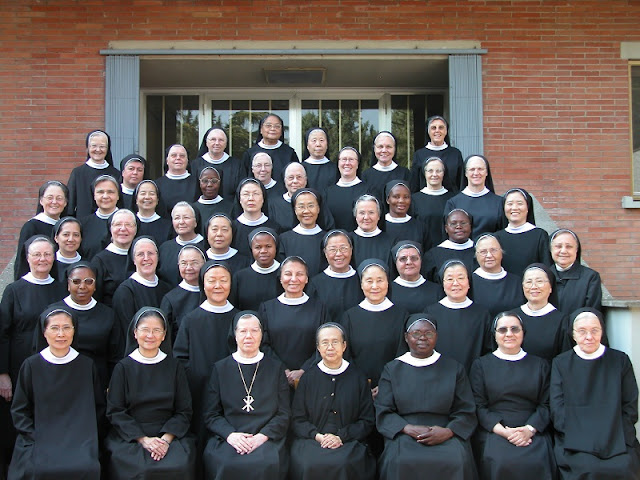